The following letter was sent from Congressman Capuano to Attorney General Holder on May 26, 2011. Rep. Capuano is [one of several representatives](http://www.stopfbi.net/statements-legislators-about-case) who have now written letters 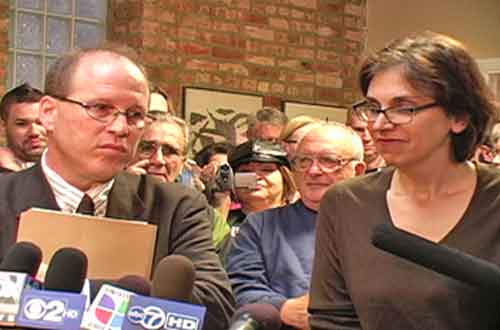 On Thursday, May 12, the House Judiciary Committee voted to reauthorize provisions of the PATRIOT Act. In the debate, Congresswoman Sheila Jackson Lee of Texas spoke against the PATRIOT Act. To show that

Published on Mon, 2011-03-21 16:51 In February, a delegation from Chicago’s Committee Against Political Repression met with a staff person in the Chicago office of Congressman Danny Davis.  The delegation was

The Committee to Stop FBI Repression sent a delegation to visit congressional offices in Washington DC on May 4th and 5th. CSFR had a very effective delegation, and met with 25 offices in

The Committee to Stop FBI Repression sent a delegation to visit congressional offices this week. With the momentum of letters to Attorney General Holder and President Obama in the past month, we hoped

The Committee to Stop FBI Repression is pleased to announce that U.S. Representative Jim McDermott of the 7th District in the State of Washington wrote a letter to U.S. Attorney General