National Call-In Day to Fitzpatrick, Holder and Obama Tuesday, February 1st, 2011 – all day! Over 50 cities, hundreds of groups, and thousands of people protested against FBI and U.S. Grand Jury 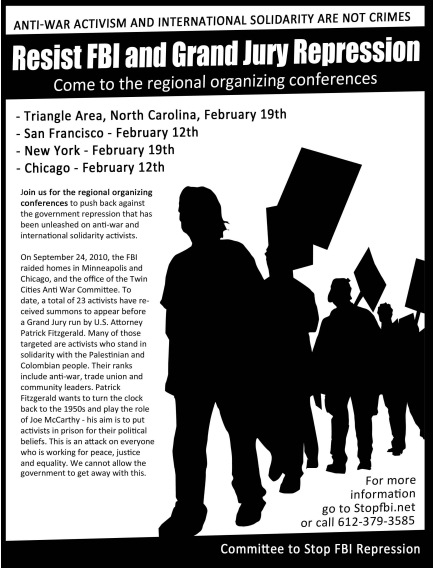 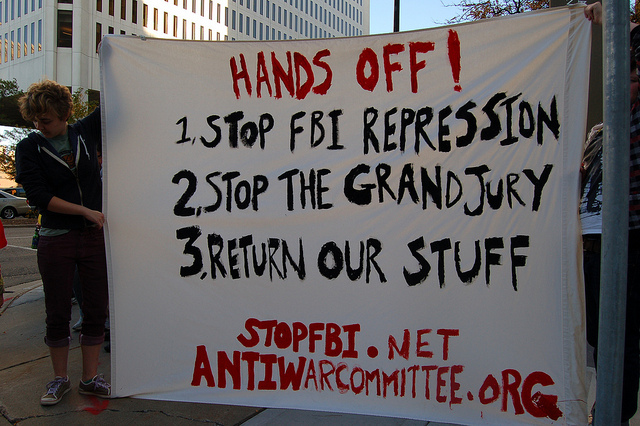 To the tune of Jingle Bells. Words by Brigid, John, Sue Ann F-B-I, Loves to spy Messing with our friends Raids, subpoenas, cover-ups This has got to end. Break right in, wake you 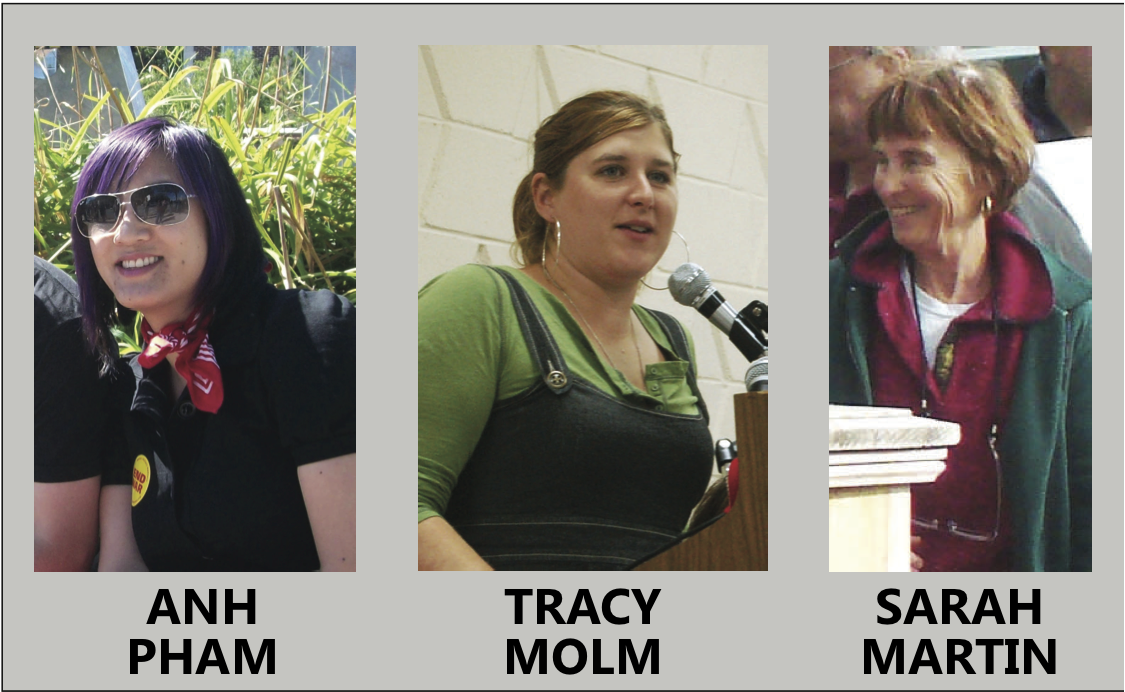 The Committee to Stop FBI Repression is asking you to make a special holiday donation today Hello friends, Across the country, people are celebrating holidays, gathering together with friends and family, hoping for