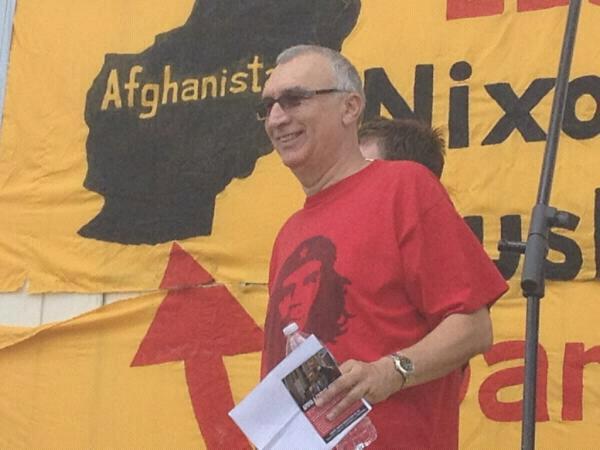 We are at a critical time. The trial for Carlos Montes will start June 20, and run for a week. We need you to pack the courtroom. Your presence during his trial will make the difference between his freedom and prison time!

If you are in the Los Angeles area, join us at his trial. Sign up to attend for one, two or more days! No matter where you are, call the DA’s office: Los Angeles District Attorney Steve Cooley at 213-974-3512 and demand the charges against Carlos Montes be dropped. Also sign the petition that goes directly to the DA’s office:

Click here to Sign Petition to Drop All Charges against Carlos Montes and stop the trial NOW!

Carlos Montes is facing 4 felony charges because the L.A. Sheriff/FBI claims he is a felon and could not legally buy a gun at the local store. The sheriff’s claim stems from a 1969 student strike for Chicano, Black and Women’s studies at East L.A. College, where sheriffs came on campus and beat and arrested demonstrators. Montes was arrested later on his way home from the protest and charged with assault on a peace officer during the protest. This was a frame up, as Carlos was a well known leader of the Brown Berets and East L.A. walkouts. This charge ended up as a misdemeanor. Using this 42-year-old arrest is political repression – attacking Carlos because of his current activism and anti-war and solidarity work.

“In the weeks ahead we need to build a nationwide movement that puts pressure on the District Attorney to drop the charges,” says Mick Kelly of the Committee to Stop FBI Repression. “The prosecution of Carlos Montes is part of a broader attack by the FBI and local police on anti-war and international solidarity activists. We need to do everything in our power to push back and see that justice is done.”

“With your help we will win this case. The repression against me is an attack on all of our movements. Thank you all for your solidarity! Together we will win!” states Carlos Montes.