Rasmea Odeh appeal going forward in Cincinnati Rasmea Odeh is at home in Chicago and preparing for her appeal in a Cincinnati courtroom. This follows an outrageous sentencing of 18 months in prison,

The Rasmea Defense Committee is angered to have learned today that the Michigan-based Arab-American Civil Rights League (ACRL) will be presenting U.S. Attorney Barbara McQuade with an award at its upcoming “Justice 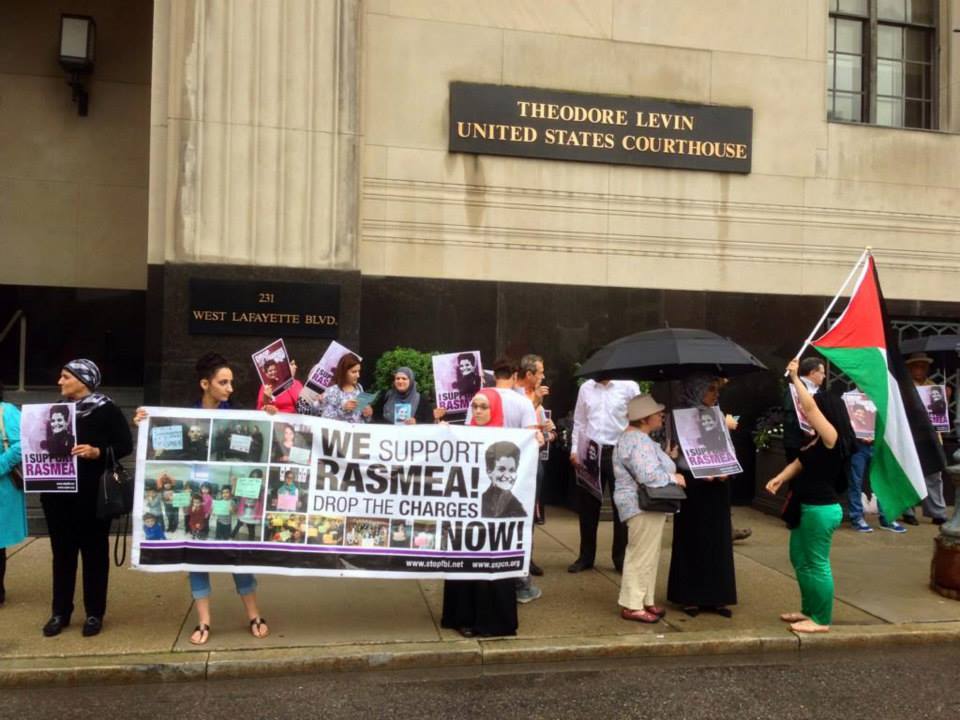 On March 12, 2015, Palestinian American community organizer and women’s leader Rasmea Odeh was sentenced to 18 months in prison after an unjust conviction last November, but she is challenging that

by Jess Ghannam Rasmieh Odeh, 67 years strong, is, by all accounts, a pillar of her community. A leading advocate for Arab women on Chicago’s south and southwest side, as Deputy

In support of a just sentence for Rasmea Odeh

by Brant Rosen Tomorrow morning in Detroit, the Palestinian-American community organizer Rasmea Odeh, who is in her late 60s, is to be sentenced by a federal judge for her conviction on making false

Rasmea Odeh to speak at her sentencing March 12