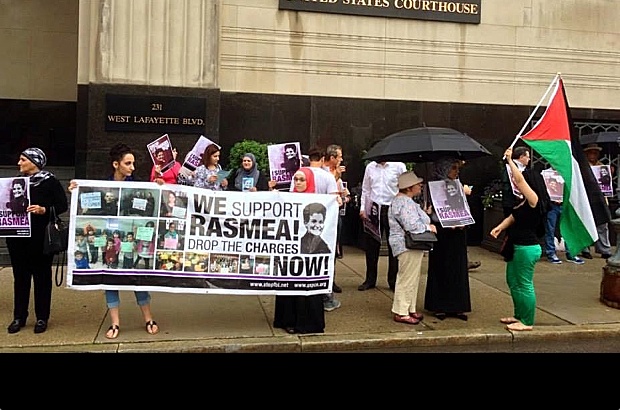 Though Rasmea has been unjustly convicted, her struggle is far from over. Read Monday’s report from court here.

Monday in front of supporters in the courtroom, US marshals placed Rasmea in handcuffs and under arrest. She will be detained until her sentencing, which is set for March 10, 2015. Our immediate and urgent task is to fight for her release from jail. The Rasmea Defense Committee with Students for Justice in Palestine is calling on Palestinian and Palestine solidarity organizations and others committed to opposing political repression across the United States to participate in a national week of action to win her freedom now.

Participate in the week of action:
Wednesday, November 12-18!

When publicizing your actions on social media, please be sure to use the hashtags #Justice4Rasmea and #FreeRasmeaNow 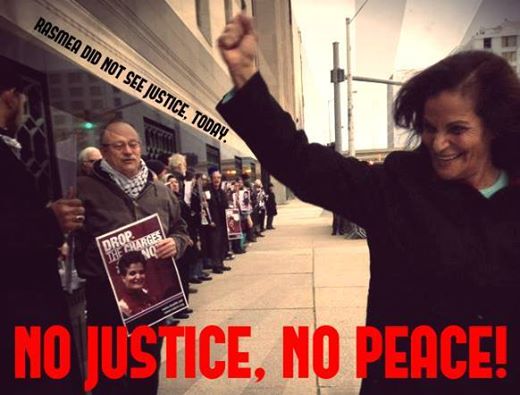