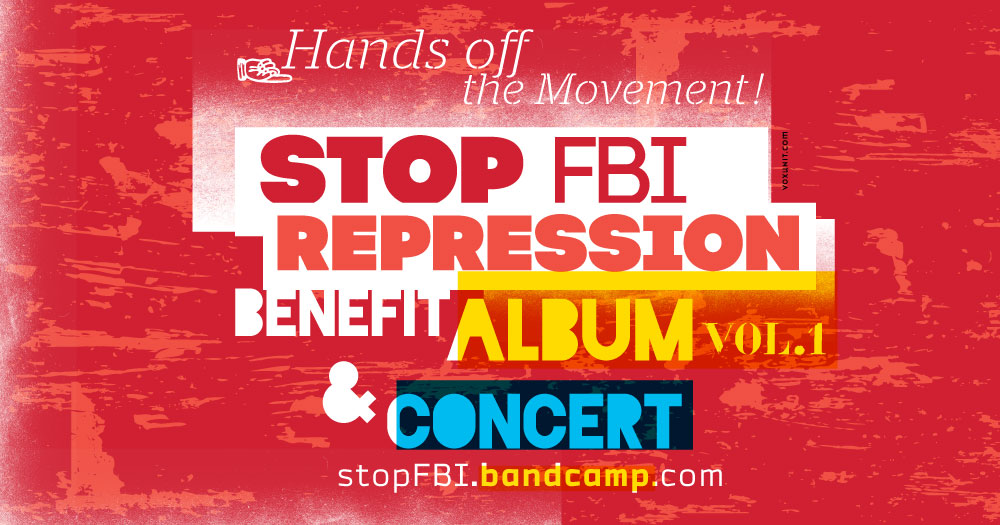 is  a fundraiser compilation for the Committee to Stop FBI Repression  (CSFR), a national organization that came together in response to the  FBI raids on seven homes and an anti-war office on September 24th, 2010.  During and following those raids subpoenas to testify before a federal  grand jury were handed to a total of 23 activists in Illinois,  Minnesota, and Michigan.

The raids and subpoenas are an attack  on anti-war and other progressive movements, our freedom to speak, our  freedom to assemble with like-minded people, and our freedom to tell the  government that their actions and policies are wrong.
Across the  country organizations and individuals are standing together to protest  the United States government’s attempt to silence and criminalize  anti-war and international solidarity activists.

All proceeds  from STOP FBI REPRESSION will be used to continue to build the fightback  against FBI repression and to contribute towards the legal defense fund  for those targeted in the September 24th FBI raids.