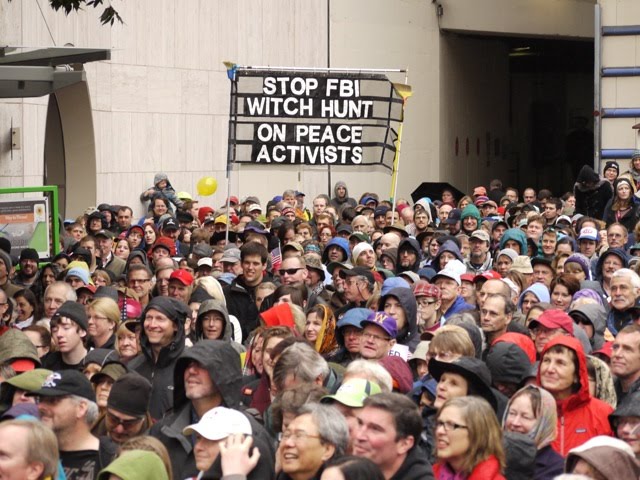 Friend Susan Fried got a great shot of our banner. What you can't see here is me in a witch hat and phony nose and Jim Squire in a scream mask holding the banner. The outfits were Jim's idea and he brought the brooms we attached to the banner. Brilliant!

We got mentioned by a couple of the comedians on stage, but the press totally ignored us as far as I can tell. As you can see the rally was very well attended (The Seattle Times said several thousand.)

Thanks to Adrienne Weller for leafletting and Gerry Condon & Helen Jaccard who brought us extra leaflets to distribute.