We had a successful educational effort on several fronts building up to and during the Obama visit today. Several thousand flyers were distributed at campuses, community meetings, workplaces and events prior to the visit. 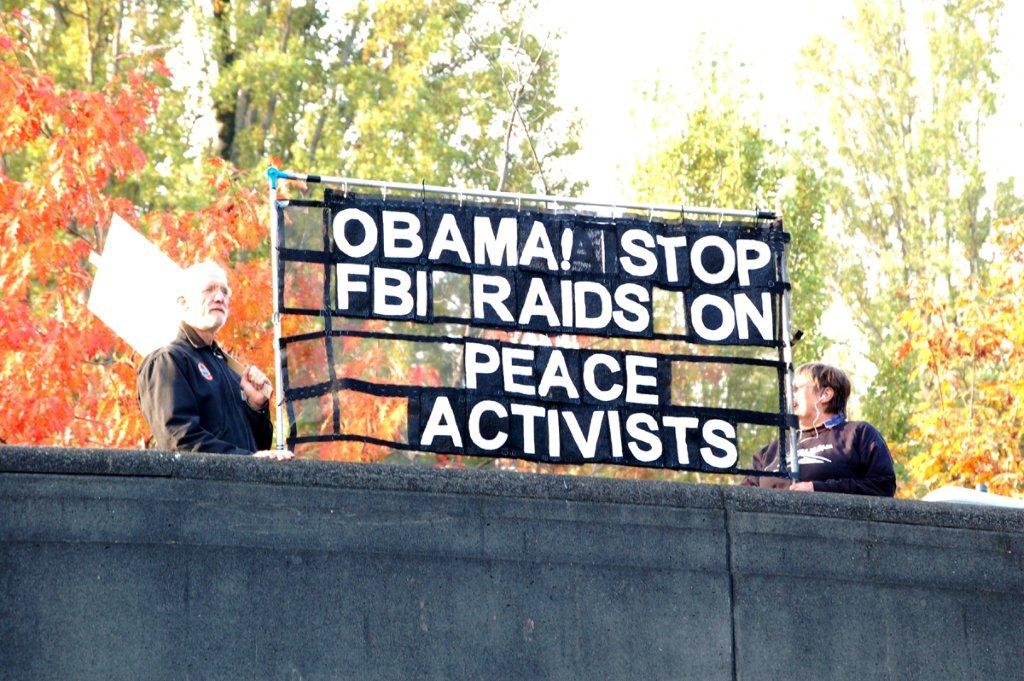 Steve Hoffman, a local AFSCME activist announced our Obama visit plans at the Martin Luther King County Labor Council meeting and got out the flyer to the 40-50 attendees, many of whom who were alarmed and concerned.

Starting off at Obama’s backyard chat, several folks went and got out 100 flyers to the neighbors just before the motorcade approached the “top secret location”. A sympathetic neighbor had called and told us where the event was happening.

At the Obama talk at the University of Washington, we got out 3000 flyers and talked to a lot of people who had not heard of the raids and grand jury. The crowd of 15,000 started arriving before 9am and we leaflet for a solid 2 hours. One substantial press interview aired on Channel 7 TV just before Obama’s live talk. Adrienne Weller from Radical Women did a great job explaining the issues, and said the Obama administration was responsible. She described the raids and the activists involved, and the threat this attack poses. She characterized the raids as storm trooper tactics and mentioned the formation of our Seattle ad hoc committee. 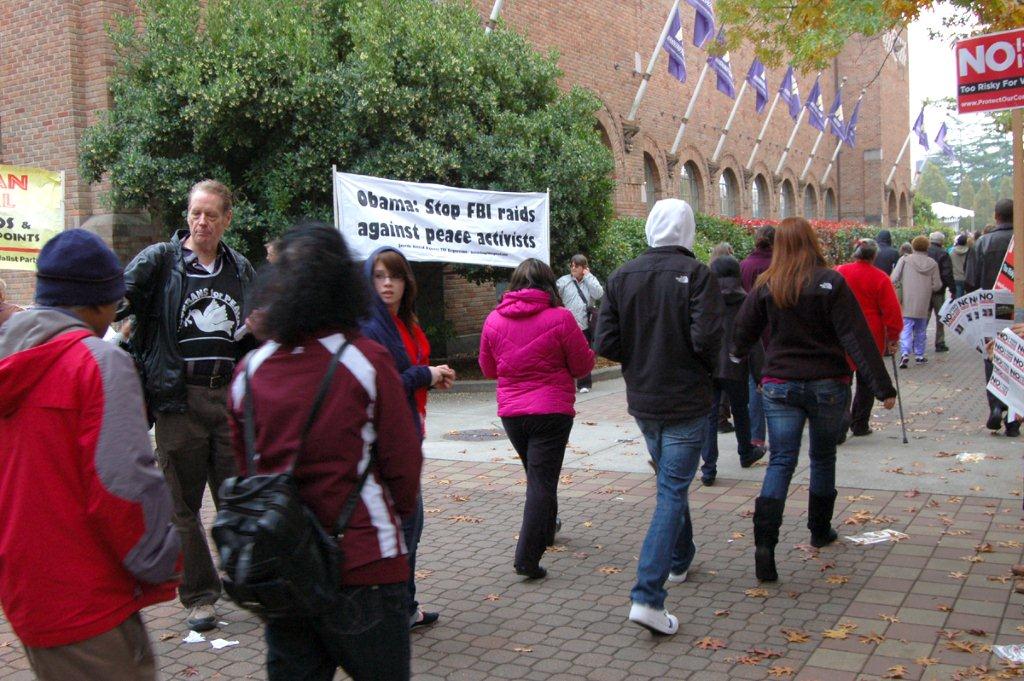 We had two visible banners, (see attached photos) and several dozen folks including those from over a dozen organizations helped flyer and hold banners– including Veterans for Peace, Voices of Palestine, Raging Grannies, Fellowship of Reconciliation, SNOW, International Socialist Organization, Freedom Socialist Party, Radical Women, and numerous unionists. Several people who know some of the Midwest activists also approached us and helped out or offered encouragement. ( I’m sure some groups that helped were inadvertently left off this list)

While overall the press did ignore the FBI raids and grand jury issue, we did talk with several reporters who were sympathetic, and the Secret Service agent who approached us said he knew “all about” our efforts!

We’ll want to assess our work so far and discuss how to help with the educational meeting on the grand jury that will hopefully take place in November, and other efforts. Please spread the word about the meeting.

Check out stopFBI.net for more support that has come from over 60 legislators in Minnesota and labor organizations as well.

Press coverage: The TV coverage is at the following link 4 minutes in: http://www.kirotv.com/livestreamvideo/25473196/index.html?taf=sea