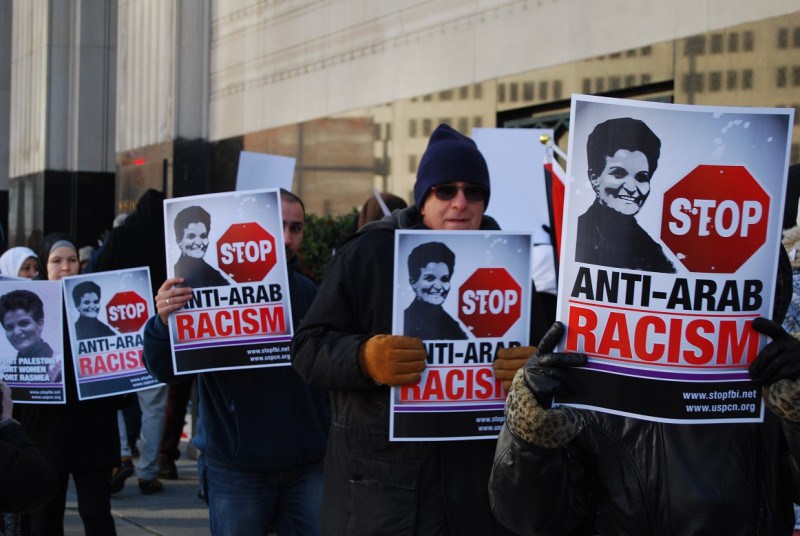 All Out for Detroit Sept 22

In a July 21 filing, Rasmea’s defense team went on record as “strongly opposing” an attempt by prosecutors to subject her to questioning at a “mental examination” prior to an already scheduled Daubert hearing, which itself determines if an expert witness can testify at trial. This is especially important in Rasmea’s case, because the Sixth Circuit Court of Appeals recently ruled that trial Judge Gershwin Drain erred in deciding that expert testimony concerning her mental state was irrelevant to her defense. That error led to Rasmea’s unjust conviction in 2014.

On November 29, Judge Drain will hear arguments as to whether Dr. Mary Fabri’s testimony is scientifically valid and applicable to the facts of the case. Recall that before the 2014 trial, Dr. Fabri, a nationally renowned clinical psychologist who has worked with torture survivors for over 25 years, was prepared to testify as to how Rasmea’s Post-Traumatic Stress Disorder (PTSD), caused by the torture and rape she experienced at the hands of Israeli military interrogators in 1969, affected her answers to questions on complex immigration forms decades later in the U.S.

The move by prosecutors to separately “examine” Rasmea before Judge Drain has even ruled on the admissibility of Dr. Fabri’s testimony is outrageous and meant to intimidate Rasmea. Such an examination is irrelevant as to whether Dr. Fabri’s testimony is reliable and applicable. Nothing asked of Rasmea would change Dr. Fabri’s credentials as an internationally recognized expert on PTSD, or her ability to opine on how Rasmea’s PTSD affected her mental state during any of the dates in question.

Because the government’s request to examine Rasmea is in no way relevant to the admissibility of Dr. Fabri’s testimony, it is obviously designed to aggravate the symptoms of Rasmea’s PTSD and the suffering they cause her. The government knows that it cannot credibly attack Dr. Fabri, so it has instead chosen to harass Rasmea by seeking to subject her to this interrogation.

In the defense filing, Rasmea’s attorneys write that there is a “grave risk that such a fundamentally adversarial interrogation—obviously designed to debunk her earnest PTSD defense—would gravely threaten a serious aggravation of her symptoms and the suffering they cause her.”

The government’s request is also basically a challenge to Rasmea’s story, an attempt to claim that she does not have PTSD and that she did not get brutalized by the Israeli authorities almost 50 years ago. This is a dirty political move by the prosecution, but Rasmea remains steadfast and strong, and will not allow the government to punish her for exercising her constitutional right to assert a meaningful defense. While the prosecution will renew its request to examine Rasmea if Judge Drain orders a new trial, we will continue to oppose such underhanded and transparent scare tactics.

From the very beginning, the Rasmea Defense Committee has pointed out that the legal proceedings aganst Rasmea are nothing but a pretext to intimidate those who fight hard to realize a free Palestine. Demonstrations in support of her have taken place across the U.S. since her arrest in 2013, and we are again going All Out for Detroit on September 22nd.

We will rally at the courthouse at 231 W. Lafayette Blvd., in downtown Detroit, Michigan, on Thursday, September 22nd, 2016, at 10 AM Eastern Time, and then pack the courtroom at 11 AM, as Judge Drain decides whether to allow the government to “examine” Rasmea.

Continue to support #Justice4Rasmea by donating to the defense, organizing educational events in your communities, and staying in touch through justice4rasmea.org and justice4rasmea@uspcn.org.

We will not rest until the charges are dropped.