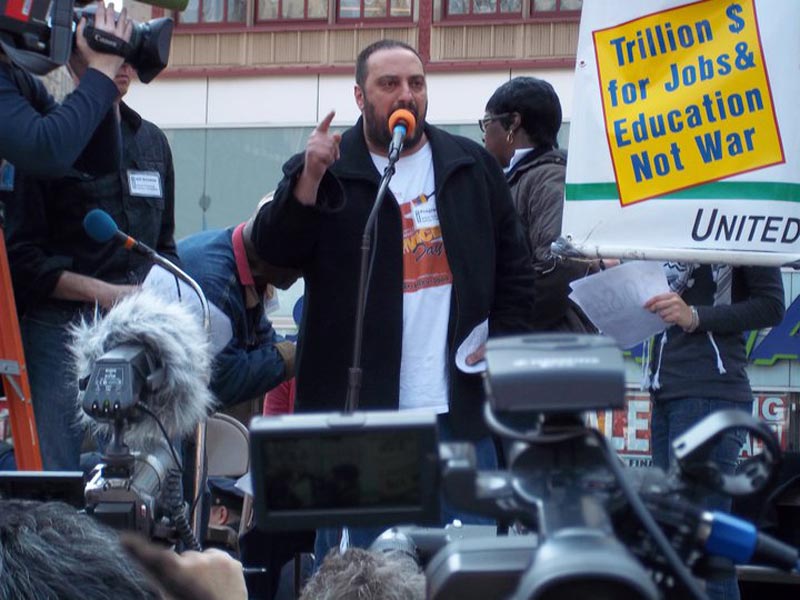 On Friday, May 6th, [the bank accounts of Hatem and Naima Abudayyeh](http://www.stopfbi.net/take-action/2011/5/8/may-9-10-call-demand-us-treasury-department-unfreeze-bank-accounts-palestinian-) of Chicago were frozen. The bank manager at the TCF (Twin Cities Federal) branch could not explain what had happened but stated that the Bank Security Act prevented him from releasing any assets.

In a strange turn of events, the bank admitted today (May 10) that they shut down the accounts, stating they no longer want to provide banking services to the Abudayyeh family. Simultaneously, TCF management informed the Abudayyehs today that they were issuing them a check for the value of their accounts.

[Hatem Abudayyeh](http://www.stopfbi.net/profile/hatem-abudayyeh) is one of 23 anti-war, Palestinian and international solidarity activists who have been subpoenaed to a federal grand jury in Chicago. Many supporters of the Abudayyehs and the 23 activists suspected that the FBI and grand jury investigation against these activists was the cause of the seizure of the couple’s accounts.

Michael Deutsch, attorney for the family, said, “In my opinion, the bank did not act out of the blue. I suspect that the FBI and U.S Attorney investigation caused the bank to overreact and illegally freeze the Abudayyehs’ banking accounts that had been there for over a decade.”

In response to the seizing of the couple’s accounts, people across the country called the offices of US Attorney Patrick Fitzgerald in Chicago, and those of the Treasury Department’s Office of Foreign Assets Control (OFAC) demanding the return of their money and an end to the repression.

A Code Pink activist from Washington, D.C., called Fitzgerald’s office and was told, “We’ve received 100s of calls.” The OFAC office was bombarded as well, and journalists from a National Public Radio affiliate, Al Jazeera and other agencies contacted them for an explanation.

TCF is well known for having links to the right wing think tank the Center for the American Experiment.

The Committee to Stop FBI Repression and the Coalition to Protect People’s Rights see the return of the money to the Abudayyeh family and the admission by the bank of their action as a victory for their efforts and an affirmation of the constitutional right of Americans not to be deprived of property without due process of law. However, they are concerned that the actions of TCF management may violate state and federal public accommodations laws by denying the Abudayyehs banking services on a discriminatory basis.

Hatem Abudayyeh expressed his thanks to the many people who called in over the past two days. “Thank you all for your work. The pressure put on the US Attorney and OFAC no doubt caused them to contact TCF, who subsequently broke their silence and ended this frightening incident.”