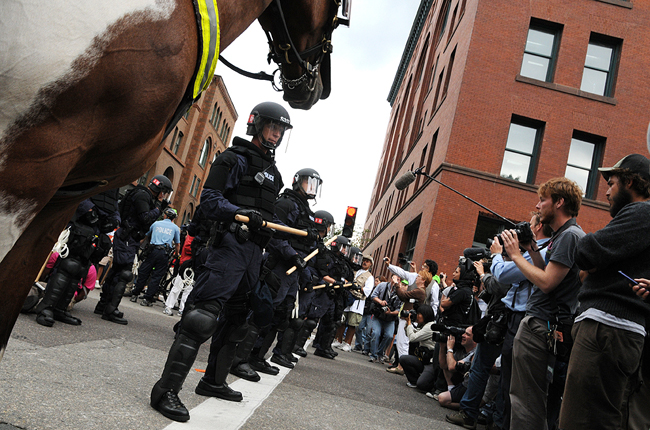 Many CSFR members worked with the authors to organize diverse protests around the RNC in St. Paul. Like us, theirs is a case of criminalizing dissent. Like us, they were infiltrated by spies in the months leading up to the RNC. And like us, they relied on a broad base of supporters to defend them against state repression.

We stood behind them when they faced trumped up state terrorism charges. Now that we have become the targets of a federal terrorism investigation, they have joined the campaign in our defense. Not only did they gather outside our homes to support us while the raids were in progress last September, now they have generously offered to donate the proceeds from their book to the Committee to Stop FBI Repression, through the end of this year.

We encourage you to [buy their book](http://arissamediagroup.com/conspiracytoriot.html)!